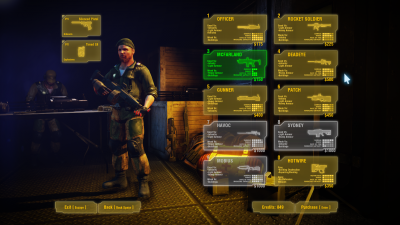 The Global Defense Initiative in Renegade X has a similar internal structure and administrative hierarchy to a modern day multi-national joint-military; integrating the armies and resources of the richest and most powerful nations in the world, and led by political leaders and military generals.

GDI operates as a structured military, building their own cavalry using standard-issue military-grade armor, munitions, and design, as well as deploying enlisted troops, structured by rank, platoon, and theater, to front-line barracks, armed with military-style armament ranging from "surplus" to "cutting-edge".